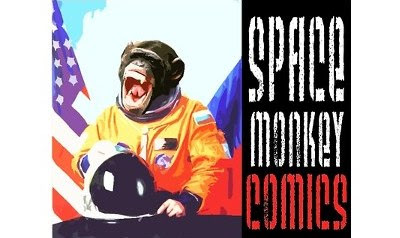 Mikey Wood's Space Monkey Comics has been part of Pittsburgh's indie comic scene for many years with such works as Solitaire, Hate Your Friends, Love in a Time of Super Heroes, Pack of Lies and most recently, Doc Rocket. On a personal note, he was also the first guest that we ever had on CBP, waaaay back in Episode 10. If you missed that episode, do yourself a favor and listen to it, it was a lot of fun.

Mikey is also a regular fixture at the Pittsburgh Comicon so it was great to get to talk to him again.

As always, big thanks to Mike Sorg of Sorgatron Media for his camera work and editing. None of this would have been possible without him.
Posted by Dan Greenwald at 9:45 AM