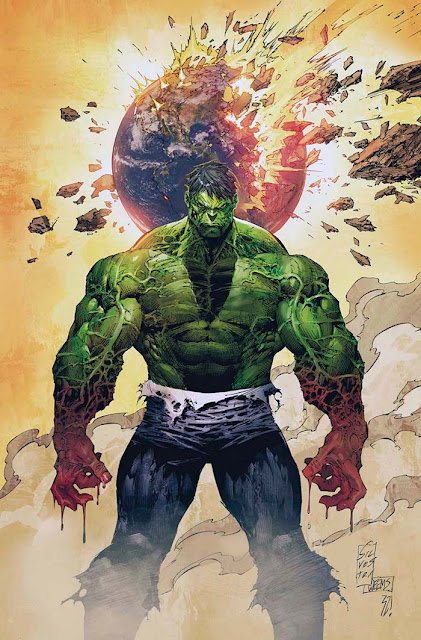 Marvel Architect Jason Aaron joins forces with legendary artist Marc Silvestri to redefine the Hulk in an all new ongoing series. After the events of Fear Itself, the Hulk has gone into hiding, seemingly safe from a world that hates and fears him. But when government agents come knocking at his door, the Hulk has no choice but to return to war against the one man whose existence threatens the safety of every living creature on the Earth. The one man who’s existence could doom the Hulk himself. And that man is Bruce Banner. Now separated into two men, the Hulk and Banner exist worlds apart but one climactic battle will bring them face to face again—and leave the Marvel Universe shaking in its wake.