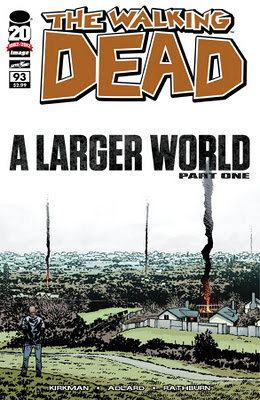 It's the first issue of the new story arc leading to #100, which is a huge milestone for what is technically an indie comic book. Only two other Image comics have reached triple digits since the company's founding, Savage Dragon and Spawn. It really puts into perspective the body of work that Robert Kirkman, Charlie Adlard and Cliff Rathburn have built over the past 8-9 years.