Everyone loves a winner! 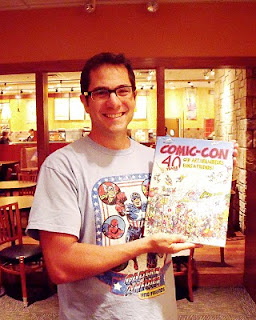 The winner of CBP's "Favorite Convention Story" contest is local listener Jeff Moreci. Thanks to Jeff and everyone else who submitted their stories.

My favorite Comic-Con experience was a few years ago with my son, Trevor, and his friend Aidan. They must have been six years old at the time. Tom Savini and his school had set up a table and they were doing face make-up for free. Well Trevor and Aidan thought it would be cool to be made up like they were extras in Fight Club. Trevor got a great head gash and Aidan got a black eye and bloody nose. They spent the whole afternoon walking around like they were in a police line-up. They played the part and I had to explain to a few people that the wounds were fake and no I wasn’t an abusive father. The best part, sending a picture of the boys to their mothers on the cell phone with no explanation! 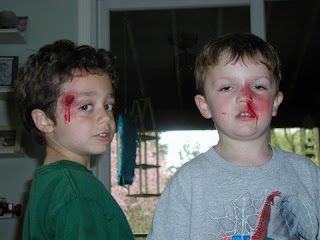 Thank you Jeff for the great story and for twisting the minds of the next generation!