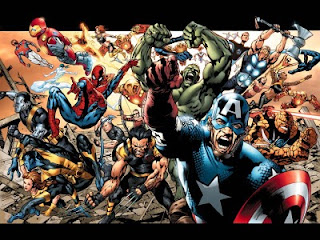 October of this year marks the first decade of Marvel’s ultimate line starting with Ultimate Spider-Man. The aim of this endeavor was to do classic characters with a fresh start so as to unburden them from the weight of years of continuity. This would allow new readers to pick books up right from the start and would allow writers and artists a free hand at reinterpreting the past into a modern context.


At the outset, it seemed to be working just fine. Ultimate Spider-Man was hailed as a critical and financial success and led to other Ultimate lines that would revamp the X-Men, the Fantastic Four, and the Avengers as a team known initially as The Ultimates. However, as time marched on most of the titles seemed to forget that initial mandate of the Ultimate line, to make things different, fresh, and unexpected. Criticisms came out that the mainstream Marvel Universe was becoming more and more Ultimate-like. Looking at it through the gaze of history, one can see though that it was more the reverse. Most of the Ultimate books were on a trajectory towards being more like the mainstream universe. Something had to be done, something drastic to shake up the line and get things back on track.


Ultimatum was the final solution for just about all of the Ultimate titles. The only book to really come out unscathed was Ultimate Spider-Man, a series that never really seemed to lose sight of the potential of the Ultimate line. The problem with Ultimatum was that while it delivered on shaking things up, it didn’t deliver it with much in the way of quality. The miniseries read like a shopping list of character deaths that carried little weight in the story or to the characters. On the up side, everything was pretty much brought back to square one and this has only been for the better.


Even though it didn’t really need it, Ultimate Spider-Man has restarted at issue 1 and Bendis, who has been on the title since its beginning in 2000, continues to deliver a fantastic book. Ultimate X has now taken the place of Ultimate X-Men and has left behind all of the recognizable X-Characters seemingly in favor of doing something really new and leaving the old cast to show up in other books. The Ultimates appears to have been broken up into two books, Ultimate Avengers and New Ultimates.


Ultimate Avengers seems to be setting up a new, government run super team that is being spearheaded by Nick Fury. Comprised of somewhat familiar faces, they walk a grey line as a black ops-style team. New Ultimates returns to Tony Starks initial idea for a super-team. Even though they’re still working with the government, they do not work for them. Right now, they look to be team building so it’s unclear who is going to show up there.


By and large, the relaunch of the Ultimate line has been a good thing and moves have been made that are certainly distancing it from the mainstream Marvel U. My concern is in how long will they be able to maintain this distance. At the beginning of many of the Ultimate books, things looked so fresh and new but after so long began to recycle old ideas. If they stick with the direction they’re headed in now, the line looks to be set for a true life of its own.


Magus writes for the blog LowBrowMedia where he reviews comic books in the primary and video games in the secondary.