Just like we all figured would happen eventually, Steve Rogers is back in uniform and slinging the red, white and blue shield. CAPTAIN AMERICA #1, with the creative team of Ed Brubaker and Steve McNiven, will ship in July, right around the time that Captain America: The First Avenger is released. However, the ongoing Captain America title will not be going away. Instead with issue #620, it will be re-titled CAPTAIN AMERICA AND BUCKY and will focus on the title characters' adventures during WWII. Ed Brubaker will be co-writing with Marc Andreyko, with art by Chris Samnee. 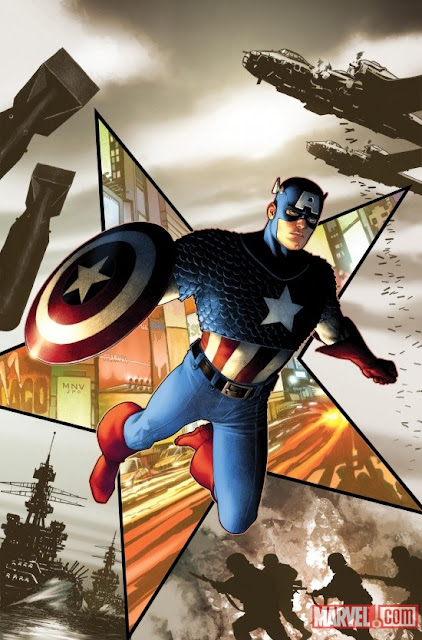 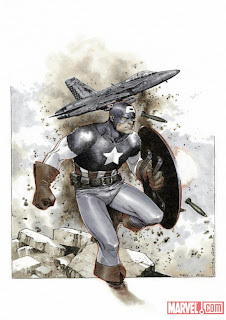 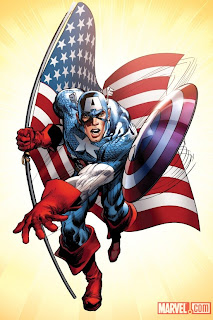 Posted by Dan Greenwald at 9:13 AM