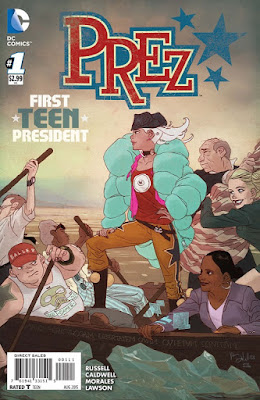 "My favorite book of 2015 is PREZ from DC Comics.  With its sharp, biting satire of pop culture deftly balanced with insightful, heartfelt drama and a healthy dose of political intrigue this book never fails to disappoint.  Hands down the best thing to come out of DC Comics in a good, long time." 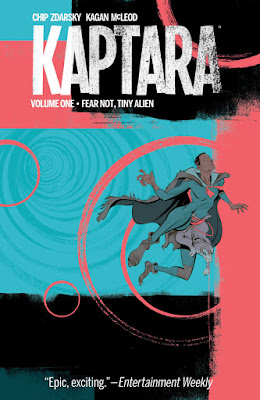 "When I sit back and think about it, 2015 was a hell of a year for comics. So, when Dan asked me to choose my favorite, I got taken aback, because it was gonna be rough. Do I go with Kyle Starks’ powerhouse Sexcastle, do I go with the final issue of Jeff Parker/Doc Shaner’s Flash Gordon, but then it dawned on me.

I’ve been following Chip Zdarsky and Kagan McLeod for a while now, or at least since they were studio mates in Toronto, during Chip’s weird and off putting run for mayor, Kagan putting out Infinite Kung Fu, Sex Criminals, Prison Funnies, the whole 9.

So when I found out about Kaptara, I was fully in. It’s basically the strangest, yet most interesting take on scifi comics I’ve seen in years. Basically imagine a regular guy, fresh off a breakup with his partner, getting rocketed to some absurd He-Man land, learning about a danger to earth and...not really caring about that danger at all. He’s more than happy to be where he is, which is nowhere near earth.

But I also mentioned that there was a He-Man aspect to this entire thing, and that’s where one of the best parts of the book kicks in. Kaptara came mainly from the sketchbook of random stories from Zdarsky, McLeod, Ben Shannon and Cameron Stewart’s shared studio, which focuses a lot on “who can make the funniest character imaginable”, which as a character design guy, is the best. There’s whole characters and races who are named and created after terrible puns, fleshed out and three dimensional and interacting with each other, which excites me to no end.

So, if you were a kid that loved mashin’ together He-Mans and wished there was a comic, somewhere, that took that concept to a place that was extremely self-aware, Kaptara is your deal." 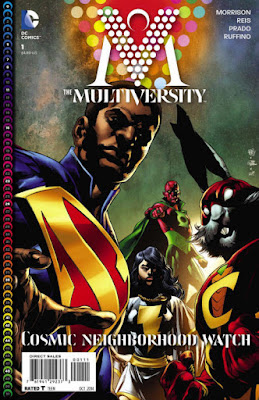 "My favorite comic of the year was The Multiversity. It was Morrison at his best, letting his.imagination go omniversal and the result was the most interesting and fun thing from him in years. Honorable mentions go to Ed Piskor 's genius Hip Hop Family Tree, Space Riders, Astro City and Squadron Sinister."